HARD COVER BOOK WITH 256 PAGES IN COLOR, INCLUDING ONE DVD AND ONE CD
Volume 7 da coleção SONS DA TRADIÇÃO

Book including one CD and one DVD – In the city of Penafiel some elements of the old tradition of Corpus festivities still remain: the eve’s cavalcade, featuring dance performances and the typical animated serpent; the popular dances on the day of the party, but outside of the procession: the Ball of the Blacksmiths, the Ball of the Masons, the Ball of the Florists; the Ball of the Turkish; the Ball of the Little Sticks and the Ball of the Blacks; in the procession, the serpent shows up once again, along with the holy ox; the state of S. Jorge. It also features new elements that over time have become part of this manifestation: the lamb procession, on the eve’s morning, and the figure of the city, both during the cavalcade and the procession, placed atop the triumphal car, accompanied by small angels. All of them are important and all will be mentioned, but we will naturally highlight the dances, the main focus of our fieldwork and the true object of this book. Penafiel may take pride of being the only place in the whole country that was able to preserve the Corpo de Deus traditional dances, these rich and beautiful manifestations of popular religiosity, that thanks to their current singularity have become emblematic of the Penafiel Corpus Christi’s festivities and even a part of the identity of the people from the old and honoured Arrifana do Sousa. 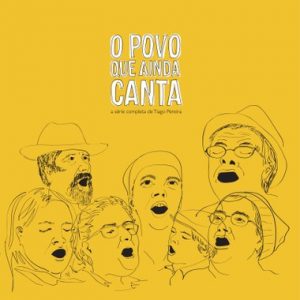